Home / Entertainment / Deus Ex 3 is Back! 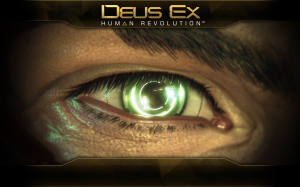 Deus Ex 3 Say WHATTTTTTT! :D… man this game!! I have been waiting forever for this and its good to have it soon in the palm of your hands on August 23rd (release date). If you are a fan of Deus Ex 1, you can remember that it was one of the worlds best and epic games way back in the day! It was known to be one of the best games of the year!  People were on the very edge playing this game with making decision which could effect the story line as you progress further into the hearts of understanding Denton and his augmentations.

Soon few years later after the epic Deus Ex 1. Deus Ex 2 Invisible War pushed graphics to a whole new level. Its as if this game was designed to test your graphic cards capabilities instead of concentrating on the game-play and story timeline and therefore wasnt the hit of the year but it was fun to see new futuristic graphics which we couldn’t even imagine off.

Good luck in your journey Agents!

By: Isham Sally A.K.A. TACTteamCommander